As we all now know, Ian was in the Bully Wee Band years ago and they finally split in 1983. However that was not to be the end of the Bully Wee story. A chance meeting at Faversham Folk Club in April 2003 brought three of the members of the band back together again. Fergus was due to play at the club with Sean Tyrell and Colin and Ian had been asked as a surprise to do a floor spot. Well it turned out to be an even bigger surprise as Fergus joined in and it was like they had never split ! 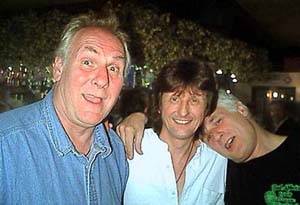 After having so much fun that night, they wondered whether they could do a little tour the following year. So The Bully Wee Band 2004 was born.

The tour proved to be a huge success and the three of them had a great time. Here's what the people said

"An ENORMOUS thank you to you, Colin and Fergus for getting back together as The Bully Wee Band. My husband and I were great fans twenty odd years ago and your vinyls are amongst our proudest possessions!! We lamented the day you all split and never in our wildest dreams expected to see you together again. Last night's show at Nettlebed was just heaven! Fantastic renditions of golden oldies (have you really been apart for 20 years? - they sounded as fresh as they were back then) and some great new pieces. PLEASE say that this is not a one off - even if you only make it an annual gathering?? And PLEASE make sure that you come back to Nettlebed!!! As you finished your last piece (with Phil Beer) I turned to my husband and said "Music does not get better than this"!!! What a night! THANK YOU"

Praise indeed and the discussions continued as to what might happen in 2005. The 2004 tour, originally planned as a one-off had now got a mind of it's own, and keen to keep up the momentum, I set off to the folk clubs again with a view for 2005. I was met with a lot of enthusiasm and the tour took shape very quickly.

Then came the biggest surprise of all. Colin had travelled to Norway to holiday with Jim Yardley. One thing had led to another and the chat went round to Bully Wee. Before we all knew it, the Bully Wee Band had reformed in it's entirety. Jim rejoined the band !! 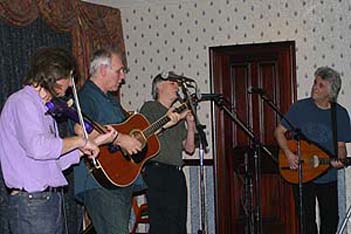 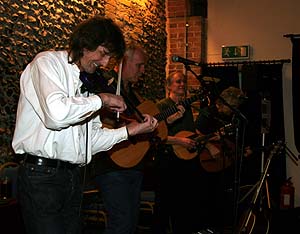 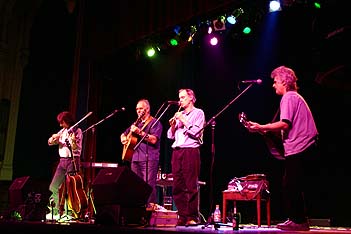 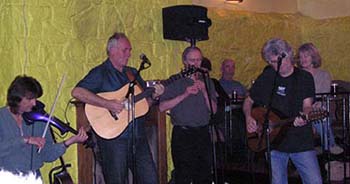 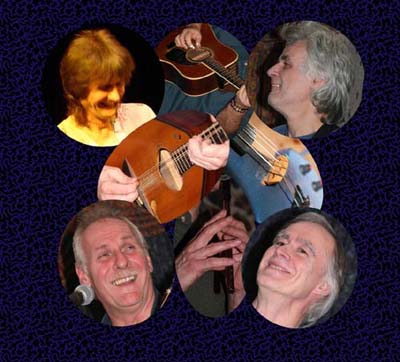 Later on that year we had a call from an old Bully Wee fan in Guernsey asking for the band to play at the SeaGuernsey Festival in July. Despite poor weather it was terrific and we all loved every minute. 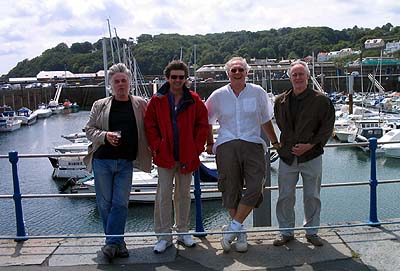 "Thank you very much for the way you conduct your business----like a breath of spring. Thank Bully Wee for the superlative music and for being such great guys. It was a pleasure and a privilege to meet you all. I enjoyed your company and your humour tremendously. The world needs more such people."

This was from Rob McGhee our guide and organisor and all round great guy in Guernsey. 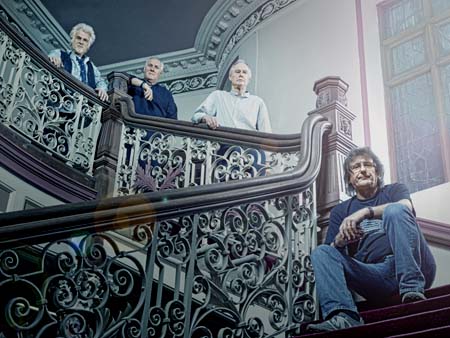 Thanks to everyone who has come to the previous tours and hope to see you all again next year. Don't forget the albums 50 Channels, Vintage Years and the New Like the Snow are available on CD by email to us on sarah-jayne@iancutler.com

More info is now on the Bully Wee Band website in our links page . See you all soon.